(BOISE) – A veteran consumer specialist in the Idaho Office of the Attorney General recently helped prevent an Idaho woman from being scammed out of thousands of dollars.

The incident took place at a Boise Albertsons store around 7 AM on January 9. Lee Post was in the checkout line when the woman in front of her asked the cashier to load $3,000 onto several gift cards. The woman also appeared to be having a phone conversation at the same time. Post, who has assisted Idaho residents with consumer-related issues since 2013, recognized the woman was likely caught up in a scam.

“I said ‘This is Lee and I know this is a scam,’” Post says. “I also told the person to never call this woman again and he hung up.”

Through her work in the Attorney General’s Consumer Protection Division, Post is well versed in the red flags that signal a scam. They include:

The Attorney General’s Consumer Protection Division urges Idahoans to treat each call from an unknown number with skepticism. Other advice includes letting unknown calls go to voicemail and hanging up on suspicious callers immediately.

“I want to commend Lee for stepping in and shutting down this scam,” says Consumer Protection Division Chief Brett DeLange. “Thanks to her quick work, a woman was prevented from being swindled out of $3,000.”

DeLange says his division continues to hear from Idahoans who have fallen prey to phone scams. One Idaho woman recently sent $14,000 to scammers who purported to be police threatening her arrest for a fabricated contempt of court charge.

“These scams are infuriating,” DeLange says. “And sadly, they continue to play out across our state. I encourage everyone who understands the threat to have conversations with friends and family members who may be vulnerable. Education is the best way to help prevent our fellow Idahoans from being preyed upon.”

DeLange says many Idaho retailers train their retail staff to spot potential scams. He encourages businesses to continue to be proactive in identifying customers who may be on the verge of handing over money to scammers. 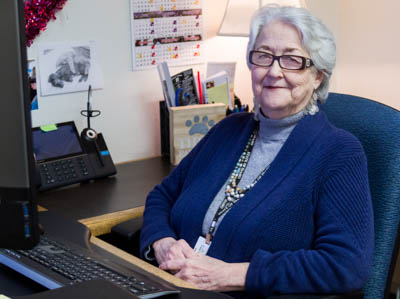