(Boise) – Attorney General Lawrence Wasden has announced a Twin Falls County woman was sentenced on Tuesday, June 11, for driving under the influence.

Fifth District Judge Mark Ingram issued a withheld judgment for one year. Terms included suspended driving privileges for 90 days and the installation of an interlock device on any vehicle Agee drives until June 11, 2020. She is also prohibited from consuming alcohol and must complete 50 hours of community service within six months.

Agee drove under the influence of alcohol following a party at a Twin Falls restaurant on March 21, 2019. She was later pulled over and arrested after providing police two breath samples that exceeded the legal limit. 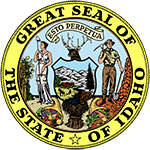